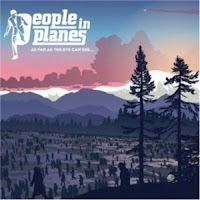 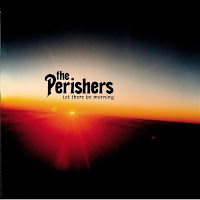 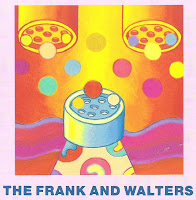 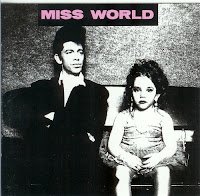 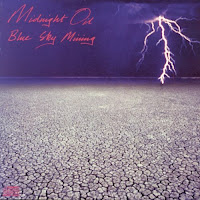 Purchase the album at Amazon
at Wednesday, April 30, 2008 No comments:

It was pretty much a given that while my brother was in town we would trawl the bargain bins - something we have always gotten a kick out of, going back to the days of 50p singles at Woolworths and Boots The Chemist. Here's a selection of my finds, let me know if any pique your interest. 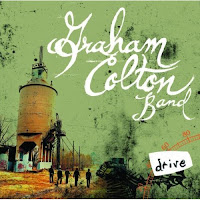 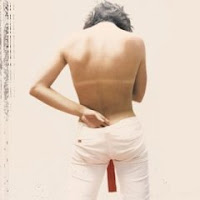 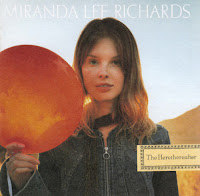 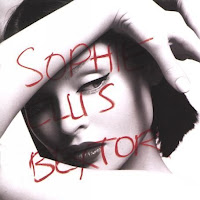 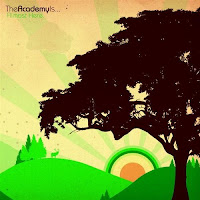 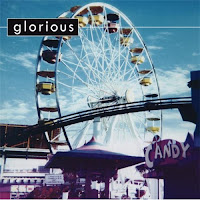 One of the cool things about running an 80's themed music blog is that occasionally I get to hear from artists themselves who are justifiably proud of their work. I just got this email from Doug of Invisible Zoo, so be sure to check it out. 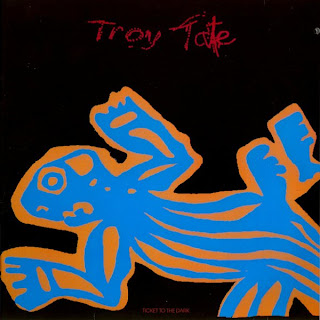 Armed with an impressive résumé (the Index, Shake, The Teardrop Explodes, Fashion) dating back to '77, singer/guitarist Troy Tate made his solo debut with the assistance of an eclectic set of musicians, including David Balfe, Nicky Holland, Virginia Astley and Woodentop Rolo McGinty. Tate uses his attractively husky voice and substantial songwriting skill — as well as deft electronic effects and complex arrangements — to put across ten melodic songs that approach modern pop from several different directions. "Safety Net," "Love Is..." and "Thomas" are the most memorable tracks on Ticket to the Dark, but most of the album is well worth hearing. An exceptionally good record. (from TrouserPress.com)

Thanks to Bob Edwards who made the albums and a brief biography available here.
at Saturday, April 12, 2008 7 comments:

Couple of exciting new developments, folks. First, I'm very proud to announce that my soul-brother (and real brother too) Ed will be visiting me from the UK for the next couple of weeks. Aside from joining me for some music concerts and record store dredging, Ed will also be guest blogging on MFL on stuff he's been listening to lately and, hey, anything else he wants to say.

I'm also starting a new music blog called Left A Bit this weekend. They say that imitation is the sincerest form of flattery (not to mention also the laziest) so I'm going to shamelessly crib from mikeyten's fantastic It Should Have Been A Hit site. The idea is to go ahead and post a lot of music that has caught my ear in the last few years that does not necessarily fit into the 80's alternative genre, or that may be still in print, one track at a time. There won't be much narrative, just some artwork and links. Thanks again, mikey for the inspiration! Hope you all find something you enjoy!
at Friday, April 11, 2008 3 comments: 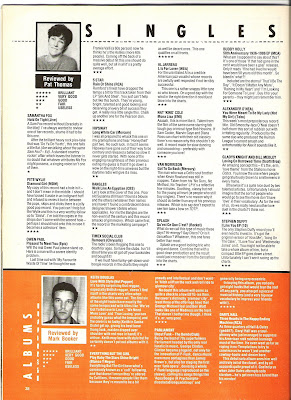 Yes, unbelievably there was a time when people were actually paid to listen to this stuff.

Owen Paul - Pleased To Meet You

Al Jarreau - L Is For Lover

Van Morrison - Got To Go Back

The only ones that set the charts alight were "Walk Like An Egyptian" and "Rain Or Shine", which were both Top 5 hits. Even Samantha Fox fell a little, uh, Flat.

For this week's nostalgia trip, I knew I wanted to do something about computers. I've been playing some flash games while browsing the net and it reminded me of how much fun we used to have back in the days of the ZX Spectrum, Commodore 64 and Amstrad 464. In 1985 64k seemed like a lot of memory - now even one small picture holds more information than that.

My difficulty was in choosing what to blog about. One game, or several? One platform, or all of them? In the end I decided that the subject was far too large to be covered properly in one post. So I'm going to start by reminiscing about the one constant element that I remember throughout my game playing days, the Commodore 64 magazine, Zzap!64. Zzap! was a special magazine in many ways. Firstly, the covers were all gorgeous, designed by Oliver Frey, a well-known fantasy artist and cartoonist. Nothing else on the racks looked as good.

Secondly, while some magazines tried to include games for different computers, Zzap! was specific to the C64, and therefore every word was relevant. Third was the magazine's style. The reviewers were much more than names at the bottom of the page, they were shown as real people, celebrities in themselves, with differing opinions and a lot of personality. When all the reviewers praised a game, you knew it was going to be good. There were also a lot of in-jokes and unusual features. The first 16 or so issues featured a unique comic strip, you could order games, magazines, and T-Shirts (now where did my Eidolon T-Shirt go?) and many of the programmers dropped in for competitions or to talk about their latest games.

Fortunately, there is an excellent internet site dedicated to the magazine. The Def Guide to Zzap!64 includes scans of many of the issues (running from 1985 into the 90's) and lots of other articles, photographs and such. The website also produced a unique anniversary issue (issue 107) which can be downloaded in a PDF document).

Looking through these magazines again certainly brings back a lot of memories for me. Like I said, I'm not going to get into all the games we used to play in this post, but suffice it to say all my friends used to spend a lot of time in front of the TV set, twiddling on a joystick.

One other interesting facet of the computer magazine layouts back in those days was the question of advertising. Ads took up a lot of space in the magazines, and because the actual games had very poor graphics, companies used interesting methods to sell their products, often having very little to do with what you were actually buying. (It's nice to know that in twenty years, some things haven't changed that much). Often, the ads would appear two to three months before the game was released, and all the excitement generated by the ads would fizzle out once the (generally) poor review appeared.

Most of the ads were designed to appeal to young teenage boys, featuring lasers, spaceships, explosions, monsters, and such. But when the fighting game Barbarian came out, instead of featuring a cartoon warrior swinging an axe or sword, the ad-men chose a picture of a non-very-convincing caveman with the current Page 3 lovely, Maria Whittaker, wearing a skimpy costume. Over the next year or two, publishers used increasingly risque tactics to attract sales.

It was during this period that the (other) infamous 'nipplegate' happened. Imagine Software tried to slip (ahem!) the outline of a female nipple into one of its ads, actually based on an existing fantasy art print. The outcry was immediate and vociferous. The offending ad was hastily re-designed for fear of scarring teenagers for life. Obviously the damage was done, because twenty years later, I can still remember it! You can read all about it here. Those were the days.

Purely in the interests of academic research, you can see another Maria Whittaker poster given away with copies of Barbarian 2 here.

A collection of Oliver Frey's artwork is available here.
at Friday, April 04, 2008 1 comment: 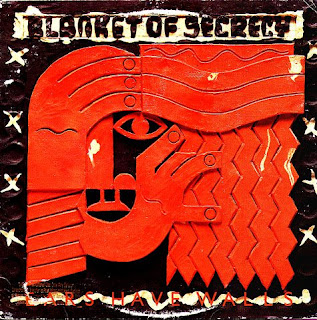 Not much is known about this mysterious trio, who released the synth-pop masterpiece Walls Have Ears album in 1982. Who were these guys? The songs were all credited to 'Tinker','Tailor' and 'Soldier' (in different variations) so that certainly hasn't helped matters much. There was a rumor floating around at the time that they were the Attractions (Elvis the C's backing band) but that's highly unlikely. What we do know is that it was released on F-Beat Records in the UK (as Ears Have Walls) and on Warner Brothers in the U.S (as Walls Have Ears). Reviews at the time mentioned the name Pete Marsh as the main-man of the band. Marsh was originally a member of Easy Street, a mellow acoustic act of the '70 whose ranks also included Richard James Burgess, who went on to produce plenty of synth pop in the '80s. (Marsh later appeared on Nick Lowe's The Abominable Showman album.) One of the tracks on Walls Have Ears, "Lovers", was written arranged by Jack Hues (then of Huang Chung, soon to be Wang Chung).

One of the finest pop albums of its time, Walls Have Ears remains one of many overlooked gems from the new wave era. This mysterious trio wrote pure and unabashed pop songs heavily influenced by the '60s and '70s and dressed them up in '80s clothing. Guitars float and shimmer above a synth foundation, allowing vocal harmonies (and some bits of brass) to roam freely in and out of each song. The haunting "Say You Will" is drop-dead gorgeous with its acoustic guitar riff and pained vocals. "Yo-Yo" could have been a massive hit with its classic hook bouncing around the room. "Remember Me and You," "Tell Me Baby" and "Love Me Too" contain all the elements that make pop music so enchanting and enticing. When BoS get all gooey on ballads such as "Lovers," "Close to Me" and "Photograph," the effects are mesmerizing. An album to love and embrace your whole life through. (from Allmusic.com)

Efforts to unveil the mysterious trio bore fruit thanks to the diligent efforts of Gary Maher, who disclosed the results of his extensive research here.

[UPDATE] Lots of developments in 2013 including a website www.blanketofsecrecy.com