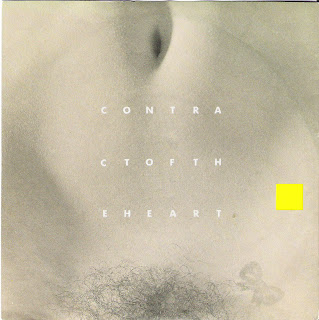 Email ThisBlogThis!Share to TwitterShare to FacebookShare to Pinterest
Labels: 80's, mp3, My Vinyl, Requests, Singles Box, Spelt Like This

Kate Lush, Simian, Let's Get It

I've been mulling over how to get this blog going again in a way that maintains my interest while providing some fresh content and, most importantly, gets me away from the kind of posts that take days to write.

Here's what I've come up with. On the one hand, I have boxes and boxes of CD's that I have acquired one way or another, most of which I plan to sell or trade on. On the other hand, I have very limited time and a fifteen minute commute to work which is about the only time I can settle down and actually listen to anything.

I going to provide lightning reviews of albums selected at random from my boxes. These will mostly be lesser known works from the last decade or so from a bunch of different genres, but to keep things interesting I'm not going to filter anything. So, my 15 minute commute could include several tracks from one album, or several different albums if I really don't like what I'm hearing. I'll select one track to post which is the best I heard and rate the albums based on how much time I actually decided to spend listening to it.

Let's roll the dice and see what happens.

I picked this one out because it's Australian and produced by Michael Carpenter. I didn't know what to expect but I do like antipodean pop in the style of Neil Finn, Bic Runga, Carla Werner and others.

The verdict: Too bland for my taste. Some tracks might make good soundtrack selections, and there is something of a Crowded House influence in places, and country pop in others. Just nothing special.

This caught my eye because it's on the Astralwerks label and they tend to work with interesting electronic artists, and I noticed they were British. Nice sheep-dog, too.

The verdict: Yuk! I skipped the first track because it took too long to start. I gave the next track a few more seconds, but it was much too ambient with beeps and blips and no discernible structure. By the third track, I was hitting eject. Just not my thing at all.

I got this just because it was a recent release with attractive artwork. I see a lot of albums on the Fearless label and I got the impression they were mostly emo and punk-pop. In other words, I wasn't expecting much from this.

The verdict: A pleasant surprise! I only had time to listen to three of the tracks (there are 6 total) but I liked what I heard. So much going on, but it felt cohesive and interesting. I'll put this on again.