Completely forgot to mention two things. One is that I have listed a lot of CD's on eBay, to raise money for my vinyl project. I've added a widget thingie in case I might be offloading something of interest to somebody. I'll be adding more this weekend as well.

Also congratulations to Paul who won the Rumblefish competition - so send my your email address and I'll get the CD sent to you.
at Friday, January 30, 2009 1 comment:

I'm still too busy to put together a decent, well crafted entry. Never mind, this can be like the news snippets you get at the front of magazines - just enough to whet the appetite.

A few new blogs I want to mention. There's a nice mix of stuff at Nothing Better to Do, including recent posts on Red Box, The Christians, The Motels and some compilations. I spent January 20th in a state of heightened anticipation - everyone's favorite Mikey had a new album-oriented blog, and that is news indeed (inauguration? What inauguration?). Thanks to XOLondon who turned me on to Music On Vinyl. Recent posts, among many, many blinders, include Strawberry Switchblade, T'Pau, and "We Came To Dance" by Ultravox (i.e. only one of my favorite tracks from my favorite album, ever, ever, evah!) Let me also make mention again of two of the great friends of Mine For Life, McDoc who has just posted an awesome (12 minutes!) remix of Vitamin Z's "Burning Flame" at his blog, Evo-XR Remixes, and the awesome (and much happier on WordPress, apparently) Miss Parker AKA "Supertrump" who is listening to a lot of radio these days - and using words like "caniptions" thus shaming the rest of us into manifestations of globfracular intransigestinal wonderment.

I'm getting excited about three things at the mo. First, my six year old, Morgan, will be performing ballet and lyrical jazz in Nashville this weekend in a dance competition. Yours truly mixed all the music that our studio is using in our entries, and I am very proud of how it has turned out. I'll have to mention more about that later.

Secondly, for those of you who enjoyed my posts last year about the singles reviews from old pop magazines in the 80's, I'm glad to report that not only did I get my scanner fixed but I have also been acquiring a solid collection of scans from magazine collectors which will give me ample posting material for the rest of the year.

Thirdly, my new vinyl project continues to gather pace. I should have the turntable and software I want by the end of February, and I have at least twenty vinyl purchases to digitize. Roll on springtime!
at Friday, January 30, 2009 2 comments:

Apologies, been really busy with work and the ice storms here this week. Here's something to tide you all over for a day or two: 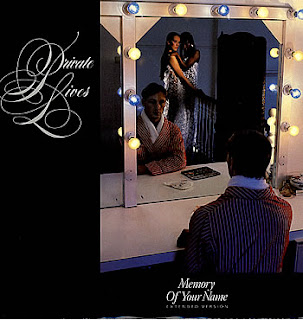 Another gloriously unpredictable chart week with several tracks leaping back up, most notably the Snowglobe track which seems to have acquired a life of it's own. Also good to see Midge Ure topping a chart again, even if it is completely meaningless outside my little corner of the blogosphere. 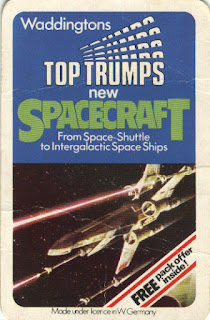 Flying into Gatwick airport recently, and subsequently nosing around a W.H. Smith, I was reminded of the old maxim: 'Great Britain and the USA are two nations divided by a common language. And Top Trumps.'

In fact, I'm quite sure the only reason it's taken this long for me to blog about one of my favourite playground pastimes in the '70's is because the phenomenon is very alien to almost everyone on this side of the pond. Let me explain in simple terms: starting in the mid '70's, kids played a game called Top Trumps. The game consisted of (usually) 32 cards similar to normal playing cards in size. Each card would feature a photograph or illustration, and below would be listed several statistics about the subject. If it was a car, it might list the top speed, or the number of cylinders; for a soccer player, it might be the number of caps (international appearances) or his age. Players would divide out the cards and then face off with one person selecting a statistic and the others (most often it was a two player game, head to head) would compare, with the best one winning. The object was to collect all the cards. It was simple enough, and portable enough, to be played anywhere, at anytime, for a few minutes or a couple of hours.

Most of all (and I'm facetiously wondering if this is why it never caught on in the States) the cards were a form of education. After playing for a while, you could point out a Vauxhall Viva to your uncle and tell him the horsepower and engine capacity. You knew what year the Luftwaffe introduced the Bachem Natter (1945) or how many times Gordon McQueen had scored for Scotland (3, at the time the card was printed).

Initially the sets were quite predictable: cars, boats, planes, etc. Then, more interesting designs came out, such as horror cards (with stats such as "killing power") and cars of the future, and perhaps most controversially, Stars of Cricket. Collecting the packs became quite a hobby.

They died out in the '80's once Atari and Commodore has brought all the kids indoors. But then, strangely enough, the Top Trumps brand was revived 1in 1999 and since then many new packs have been issued, featuring TV shows (24, Doctor Who, Postman Pat), movies (Shrek, Lord of the Rings, X-Men), sports (soccer, for the most part) and quirky (Bratz, FHM Covergirls, Famous Marmelades, etc).

We didn't really do it at the time but it occurs to me that there was a great potential for mixing the packs up. You could have had the Death Star Vs an Austin Metro, Joe Jordan Vs Godzilla, or a Norwegian fire engine (I'm not making that up) Vs the USS Nimitz.

Naturally, there are many people who have devoted a lot more time on the net to the subject. A good starting point would be The Ultimate Reference Site. Then there's the wikipedia entry and the official Top Trumps website. You can also find complete sets in various places, such as Horror, Rally Cars (do Americans know what a 'Rally' is?), World Cup 1978, Fabulous Buggies, and I'm sure plenty more if you look around.

Here is a montage of some cards I remember from the seventies. Obviously, we didn't have cards like this. 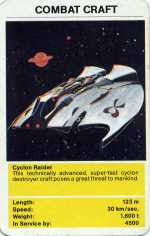 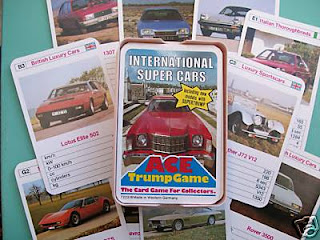 Oh yeah, and this being the age of empowerment, there are several places you can make your own cards, such as: 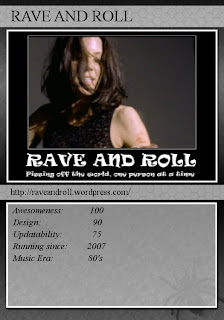 Play That One Again, Dad!

This week, I'm choosing to reminisce about two songs with a special relevance from about 1992. It's always fun to share music with other people, especially family, who get into it and sing along in the car. These two songs are dedicated to Samantha, who I clearly remember joining in happily with the choruses from the back of the car. She's a mom in her twenties now, so I'm not sure if she remembers these. But I do. 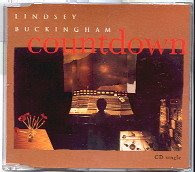 A great track, from a great album, by a great, great artist. Not a hit, sadly.
Lindsey Buckingham - Countdown 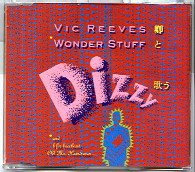 A great(?) track, not from an album, by a comedian and his pals. A Number One, lest we forget!
Vic Reeves & The Wonder Stuff - Dizzy

Apart from the new downloads, the only track to go up the chart this week is "Sunday People" by The Monroes. This is a Swedish group and not the same as the power pop outfit who had a hit with "What Do All The People Know" in the early '80's. "Sunday People" is a fantastic piece of music and I'll have to put up more by them soon. Rumblefish, incidentally, recorded almost twice as many hits as anyone else, which bodes well for my new weekly series The Soundtrack of My Life.

I was looking around on the internet for details on a couple of 7" singles I found on soulseek a few years ago. Although I had never heard of the band before, I was pleasantly surprised to find that not only did they release two albums and a clutch of highly regarded singles, but that vocalist and chief songwriter Billy Franks had very kindly made almost all of the Faith Brothers back catalogue available for download at his website at no charge (donations are encouraged). It's very refreshing to find artists who actively encourage people to discover long lost music without any of the problems of format, distribution rights and band squabbling.
[UPDATE: The links were removed from Billy's website. As he is possibly the nicest man in the pop music world I will remove my link if he should ask. About time for a re-release, I reckon!] 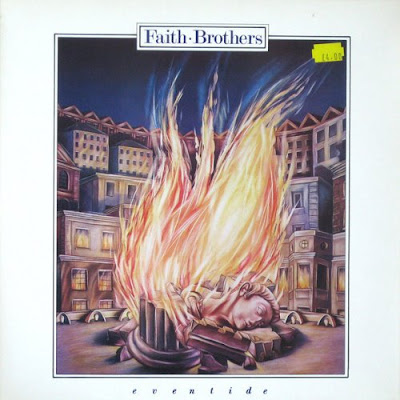 
Comprehensive discography of the band here
at Thursday, January 15, 2009 14 comments:

I've decided that Wednesday is a good day for posting a favorite song from my archives. Sometimes, in all the excitement of tracking down rare and forgotten music, it's easy to forget that everyone has their own soundtrack, and certain songs resonate much more with us as individuals. So, each week, I'll strive to feature either a long time favorite, treasured memory or, as in this case, just a great song I heard only a few days ago. 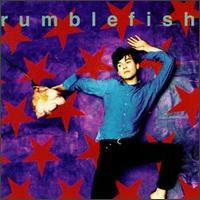 
I first heard of Rumblefish thanks to their excellent 1987 single "Tug-Boat Line" which I found last year at Sideroom Singles. Finding their major label debut wasn't difficult, as it is readily available on eBay or Amazon. It just sat in a pile though, weighed down by lots of other new music I bought last year, before I finally dug it out. Frankly, I had heard (or imagined perhaps) that the switch to a major had diluted the material, so I'm not sure what I was expecting. After a passable opening track, I heard the second "Mexico", and was blown away. Just a fantastic pop song. Great stuff. Two days later and I've managed to get to track six, but I'm wearing out the repeat button already.
at Wednesday, January 14, 2009 1 comment:

Email ThisBlogThis!Share to TwitterShare to FacebookShare to Pinterest
Labels: 90's, mp3, Rumblefish, Soundtrack of My Life 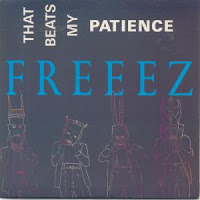 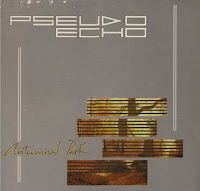 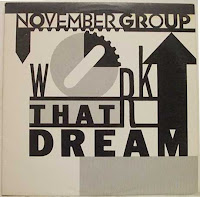 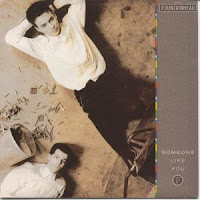 Bit of a weird chart this week as I didn't update last week due to vacation and haven't added anything new lately. That will change with lots of goodies lined up for this week.