Another visitor....stay a while, stay forever!

Welcome to Heart of the Wood, thanks for stopping in and saying hello.
at Tuesday, April 20, 2010 3 comments:

Email ThisBlogThis!Share to TwitterShare to FacebookShare to Pinterest
Labels: friends 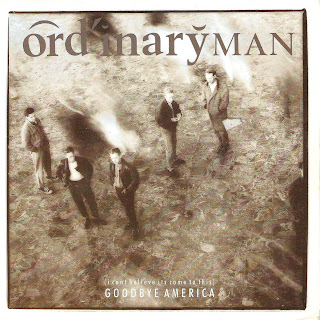 Apparently, I'm the only internet fan of late 80's pop group This Other Eden. Over the last couple of years I've managed to post all three of their singles for A&M, while the remaining tracks from the long lost Freewill album presumably remain locked in the A&M vaults (about time for an iTunes release at least, surely?)

I was intrigued last year by a brief comment I received in an email from Chris Thow, who formed the band with Mike Perry. He mentioned that they had previously released a single for EMI called "Goodbye America" and toured with Go West. I had never heard of this and began to dig around.

I discovered this single by Ordinary Man which was released in 1987 and I had to wait until I tracked down a copy before I could confirm it was the single Chris had referred to. Indeed it was!

Another couple of great tracks.