"Jamie" is a terrific little song which I couldn't wait to post. I found the album by scanning through 1984 albums for sale on Discogs, and a quick google search led me to a YouTube post. I knew right away I needed this record, unoriginal it may be for sure, but I'm a sucker for this kind of sound - to me very reminiscent of Jimmy Jimmy and their bright young pop.
at Wednesday, August 31, 2016 3 comments: 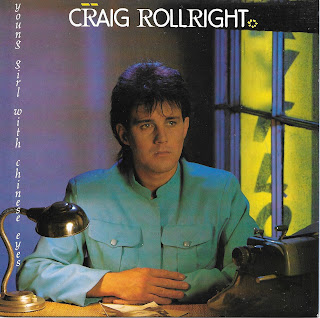 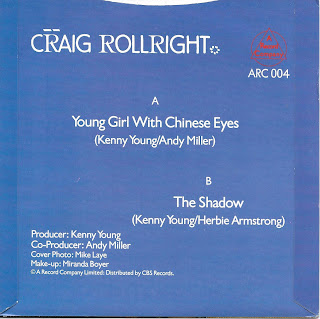 Haven't found out any information about this one. Very mysterious. I suspect "Craig Rollright" is an alias.
at Monday, August 29, 2016 1 comment: 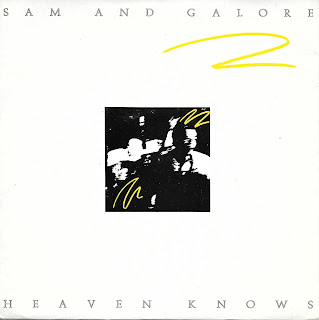 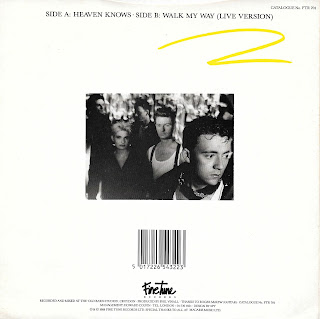 Singles like these are why I remain a vinyl obsessive and music aficionado after many years of collecting and poring over websites and eBay listings. A one off privately released single, here is a catchy, pretty tune with all the hallmarks of a classic Deacon Blue or Prefab Sprout offering. The most I could glean from the internet was that the lead singer - of some talent - gave up the band to run his family's music shop in London, and that the drummer Phil Morgan was previously in All Sons Of Allison and hailed from Tyne And Wear. It's interesting that the B-side was a live version of an otherwise unavailable track - not many debut releases did that.

I have just noticed that there are a bunch of S&G tunes on Phil Morgan's YouTube channel - God bless Google - so I'm off to check them out!
at Friday, August 26, 2016 1 comment: 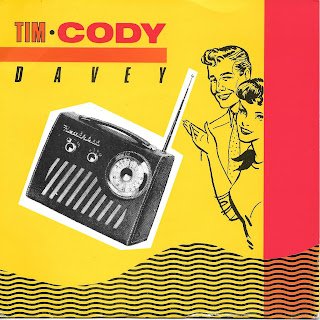 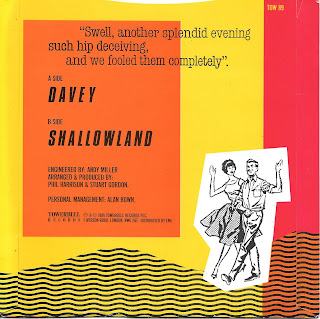 I don't know much about Tim Cody except that the sleeve art reminded me of Woodhead Monroe and it's quite a good little pop tune. This was his second and final single release, I think, and nearly the last one on the Towerbell label which ended not long after. As always, I would welcome further information and enlightenment.
at Thursday, August 25, 2016 1 comment: 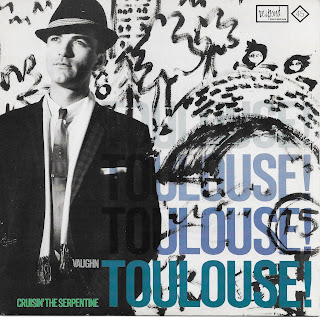 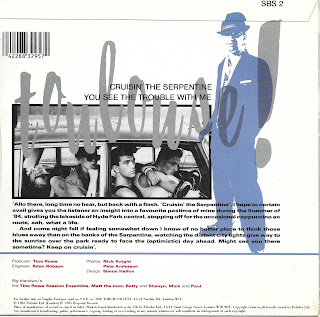 I previously mentioned this very briefly here, but I have to confess I never heard it or knew much about before a few days ago. Vaughn was the charismatic singer with Department S - early '80s one hit almost-wonders and a bit before my time. He was also from Jersey so as a fellow Channel Islander I happened to like that. Sadly he died in 1991 without releasing anything else. From the title and mod-ish sleeve I was expecting something akin to jazzy crooning with a retro feel but I was quite wrong. Actually these are a couple of very contemporary, breezy and poppy concoctions that I feel a bit sad not to have heard before. Nice sleeve notes on the back, also.
at Thursday, August 25, 2016 No comments: 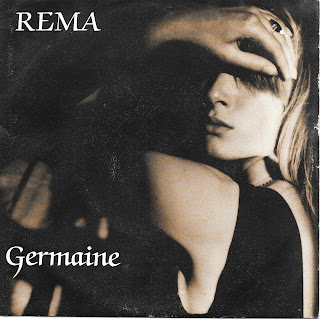 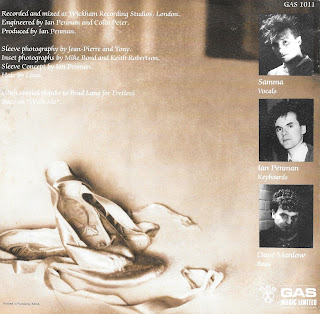 This is a terrific little synthpop single, and although quite obscure, is a ditty that has been associated with several bands on the fringes of the New Wave scene. "Germaine" was written by Ian Goral for his band Pozer from the Guildford area, and it originally had a much more power pop style to it. Rema was apparently also known as Rema Cadiz, based in Croydon, and several of their recordings are available on YouTube, such as an earlier version of Germaine.


The three members of Rema are listed as Samma (Simon Clothier) who is still active as a songwriter, Ian Penman on keyboards, and Dave Manlow on drums. I have to say the keyboard work on the single elevates the song into a different dimension, so Ian Penman deserves a lot of credit for his arrangement. I'm not sure if he performed on anything else.
at Wednesday, August 17, 2016 1 comment: 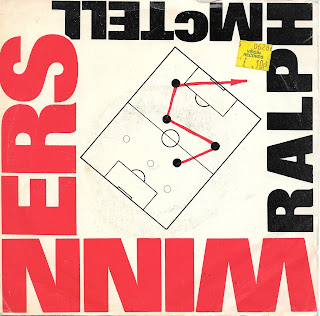 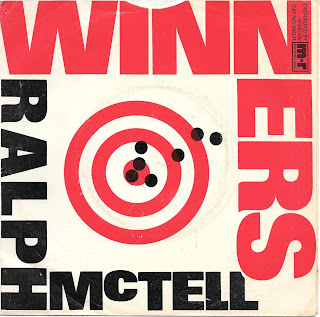 Here's a jaunty little track in celebration of the return of Premier League Football today. And the Olympics too, I suppose. Not sure if I imagined posting anything by Ralph McTell when I first started this blog in 2007 - we used to sing "Streets Of London" in school assembly when I was a nipper!
at Saturday, August 13, 2016 No comments: 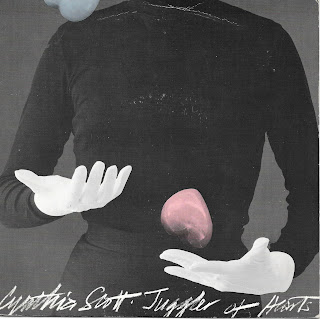 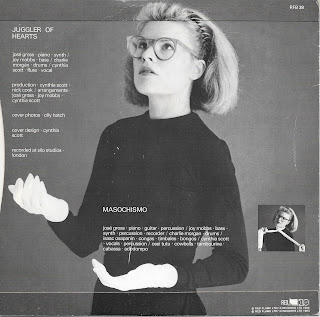 Here's something a little atypical for today's post. These tracks have much more of a jazzy, latin feel than most of the new wave music I post. Originally from New York, Cynthia recorded a single for Compact and then this follow up while in London. I was intrigued to hear it once I discovered that she also went on to act, most notably in James Cameron's Aliens in 1986.
at Saturday, August 13, 2016 No comments: 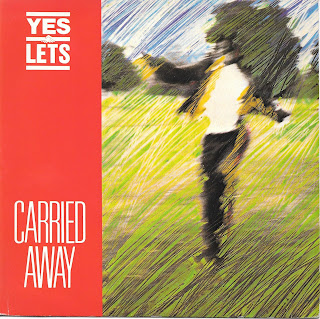 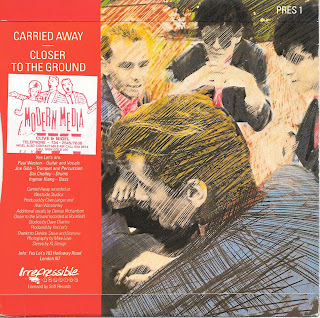 Yes Let's was a short lived pop band consisting of Paul Weston, Dai Chetley, Ingmar Kiang and Joe Gibb. The A-Side was produced by Langer and Winstanley. They had a few more songs but (I believe) only got to release the one single. The mixes on the twelve inch are also worth searching out.
at Thursday, August 11, 2016 5 comments:

Search Party - If It Makes You Happy