Email ThisBlogThis!Share to TwitterShare to FacebookShare to Pinterest
Labels: Requests 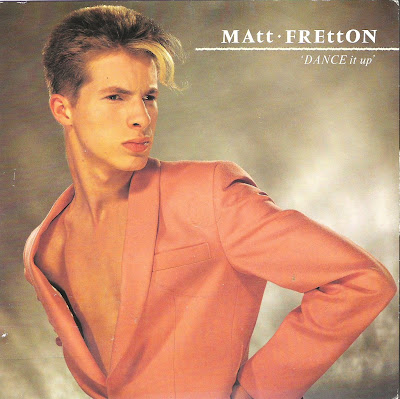 
For a poignant tale, today we turn our attention to Matt Fretton. Until I started collecting rare 80's singles, I had never heard of him. He is probably best known for near-hit "It's So High", he is certainly not well known and I have never seen this single, for example, posted on blogs anywhere else. [UPDATE: The brilliant Simon AKA Torchomatic has posted all his singles, mixes and B-Sides here, here and here.]

I discovered a little more when I found this article from an old NO1 magazine from 1983, in which a bright eyed boy lays out his dreams of stardom. I particularly liked the bit where he mentioned he was signed to produce 8 albums in 4 years, but really expected just to make one a year. Obviously, dreams can come true, but not on this occasion. 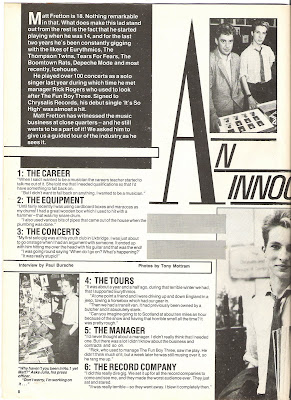 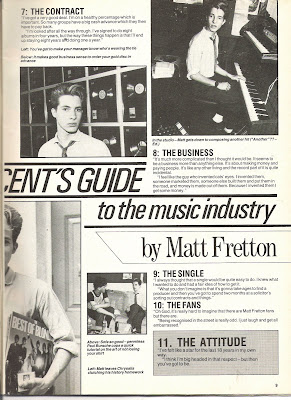 A closing thought: I'm not sure which is more startling - the rather desperate for success cover shot for this single (especially compared to the buttoned-down image in the article) or the knowledge that in 1983 this was not considered in the least bit gay.

Can anyone else shed more light on what ever happened to our young friend?
at Wednesday, November 18, 2009 7 comments: 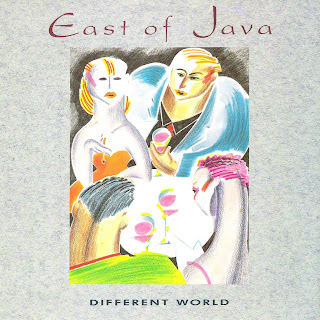 It took a while to track this single down, but it was worth it.

Rumors of My Death, etc.

So, I have been on a mental vacation.

I recently had an ultrasound on my heart, which revealed that there is absolutely nothing wrong with it, for the time being. That is good news. I've always had the suspicion that if I had a heart attack, it would probably be in a record store, and that my dying thoughts would probably revolve around which letters of the alphabet I had not yet visited that day. Hey, if you're going to be obsessive, you might as well be honest about it.

More than that, however, I would say that while I have not changed in any discernible physical way over the last few months, mentally I have undergone some major changes. All for the good, I should think. Rather than go into a very long winded discussion, I have called some of these mental concepts "aberrations" (with my tongue in my cheek, you understand) and I shall discuss them as time permits alongside some more usual musical posts.
at Sunday, November 15, 2009 7 comments: