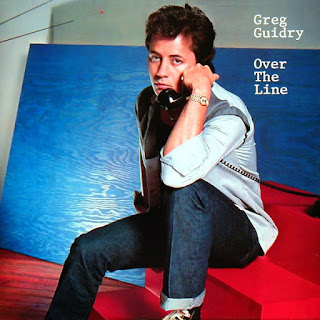 One of the downsides of obsessing over music that is between thirty and forty years old is that a lot of water has flowed under a lot of bridges by now. Memories fade, life moves on. Sometimes, I read about musicians who have enjoyed a recent reunion, satisfied with a legacy that is likely obscure but still loved, maybe even trying their hand at writing something new. More likely though, many of our heroes are nowhere to be found, and sadly, for some that is true in a literal sense, having passed on either through accident, death by natural causes, or, as in this case, by suicide. Personally, I pass no judgment. The great thing for me about music is that it lives on regardless of the triumphs or ills of its creators.

I found this record in Nashville about 5 years ago, and may well have left it alone except for a heartfelt post it note on the album somewhere that recommended it to a friend. It's perhaps a bit more mainstream, AOR style than I usually opt for, but depending on my mood, there is nothing wrong with that. One track even charted quite highly, and perhaps like one of my other rock discoveries from 1982, David Reilly, the fact that Greg had been honing his chops for years as a songwriter and backup singer imbued the album with a solid, satisfying songs. A little strange then, that it took until 2000 for it to see even a limited CD release, given that it was released originally by the mighty Columbia label.

Sadly, as I mentioned before, Greg committed suicide in 2003 in Fairview, Tennessee, at the age of 49. Having recently turned 50 myself, I am struck by how vulnerable the human male seems to be around the half century mark. Since then, other demo tracks and a posthumous album have been released - you can find them on iTunes, Spotify etc. - but not this one. If you enjoy the album, raise a glass on his behalf.

Blue Oil - I Blow You A Kiss 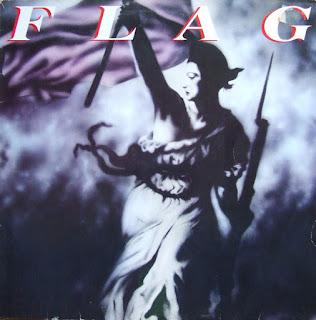 Flag was a short lived collaboration between Archie Brown, formerly of Dexy's offshoot The Bureau, and David Cairns, previously well known in the UK for his involvement with a number of bands, most notably Secret Affair.

Although the writing partnership was largely productive, tensions arose with label Scotti Bros due to the mixing of the record. The album was released in the USA and Germany, but surprisingly not in England. A single "I Am" was released to radio but was not particularly successful. Nevertheless, highly underrated and worth a second listen.

More information on the band and album is here. 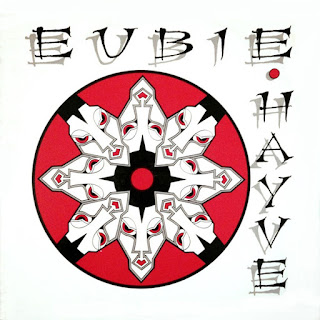 Eubie Hayve were a phonetically amusing alternative rock band from Maryland, releasing two short LPs on their own Eubet Recordings label. Mystery was the second, more accomplished one. The band consisted of Ginger Hopkins on vocals, Anthony Mark Piazza on guitar, David Frey on bass and Devlin DeHaven on drums. "Work In Progress" was the single. 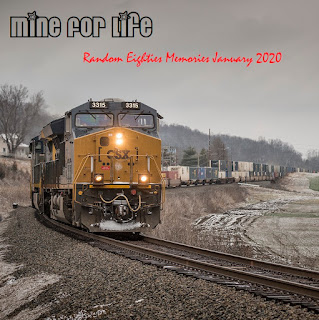