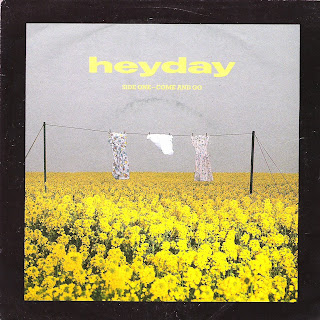 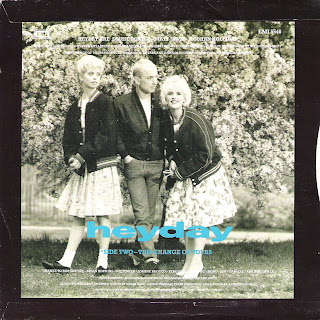 It was a pleasure to hear from Matt Davis recently, who was the songwriter behind Heyday, who released one gorgeous single, "Come And Go" in 1986. At his request, here are the tracks from the single. 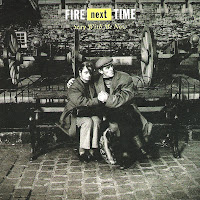 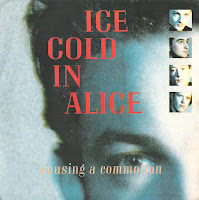 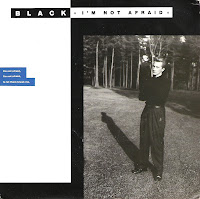 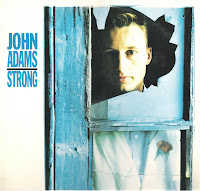 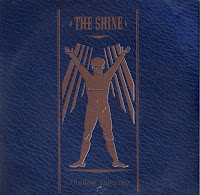 Commentary:
I wasn't that thrilled with the last Fire Next Time single I bought, but this one is an absolute belter of a single. I'm still looking for the album, North To South, if anyone has it.

"Causing A Commotion" was, I think, the first single from Ice Cold In Alice, and typical of their sound.

I've been a Black fan for a long time, and while the B-Side "Have It Your Own Way" is hardly his best track, I've been looking for it for a while so I thought I'd share the booty. I'm still missing "My Lover", which was an extra track on the 12" version. Does anyone have this?

I could be wrong but I think that John Adams was previously the lead singer for Private Lives in the UK. This solo effort may have been a USA only release. The production of the track is very reminiscent to me of Donna Allen's "Serious" from the same year, which I would classify as a guilty pleasure of mine. 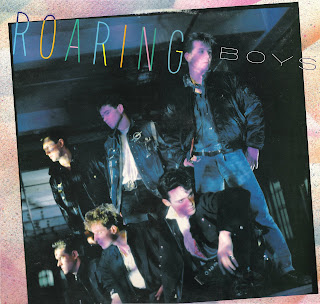 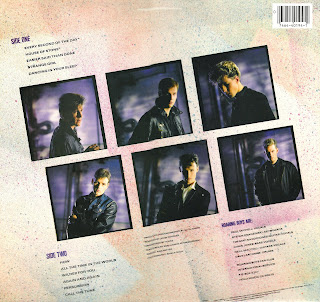 "The specter of Roxy Music haunts "House of Stone," the most well-crafted song on Roaring Boys' self-titled debut album; unfortunately, the rest of the LP is a ghost town. With its bed of lush synthesizers, soothing horns, and romantic vocals, "House of Stone" could have been an apt sequel to Roxy Music's "Avalon." However, "House of Stone" is a burst of inspiration that must have left the band creatively drained, or perhaps they were rushed into the recording studio before they were able to compose equally memorable songs. Roaring Boys is an album without structure; the group keeps shifting gears, infatuated with the stylish new romantic pop of Roxy Music and Icehouse on some tracks and then trying to woo rock radio on others. "Wilder for You" and "Call the Tune" sound like generic mainstream rock from their unimaginative titles alone, while "Easier Said Than Done" is a weak attempt at a Joe Jackson knockoff. On the other hand, "Strange Girl" and "Persuasion" actually resemble the band that sang "House of Stone." On "Persuasion," vocalist Paul Mitchell sings beautifully over a piano without any hard rock guitars or studio slickness. The subtle arrangement suits him and the group. Roaring Boys are at their best when they're not trying to roar." (All Music Guide) 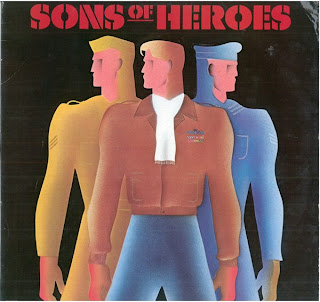 Produced by Bill Wyman, Sons Of Heroes consisted of Terry Taylor (vocals, guitar, keyboards), Geoff Grange (vocals, harmonica), and Carmelo Luggeri (vocals, guitar, bass, keyboards). Far from new-wave fledglings, Terry Taylor had previously had a long association, nearly replacing Mick Taylor in the Rolling Stones and going on to perform with The Arrows in the 1970's. Terry went on to work with Bill Wyman in The Rhythm Kings after the short-lived Sons Of Heroes project. Additionally, the three musicians also later released a 1986 single called "Keep Your Distance" under the band name Rome.

Kiki Dee provided backing vocals, and in fact every track from the album can be individually downloaded (in low resolution) from a Kiki Dee website here.
at Monday, July 27, 2009 4 comments:

Email ThisBlogThis!Share to TwitterShare to FacebookShare to Pinterest
Labels: 80's, rapidshare, Sons of Heroes, Turn Back The Clock 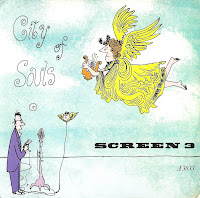 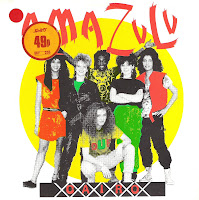 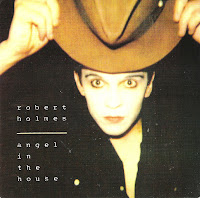 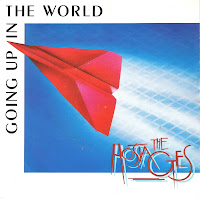 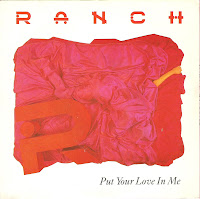 Here are some of the singles I recently bought through eBay. I can also post the B-Sides if anyone is interested.

Robert Holmes was the lead singer of Red Guitars for a time. If anyone has a copy of his 1989 album The Age of Swing, I'd like to hear it.

I don't know anything about The Hostages, I believe this was their only release. The artwork was by Mark Wilkinson, who also worked with Marillion and Fish.

Likewise, I could not find any other releases by Ranch. A good song, though.

"Cairo" is a classic downtempo reggae groove and was later included on the self-titled Amazulu album, although it was much less poppy than their big hits.

Screen 3 is a Norwich band who released several hard to find singles.
at Wednesday, July 22, 2009 6 comments: 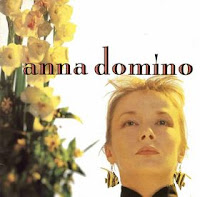 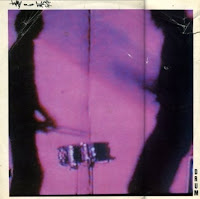 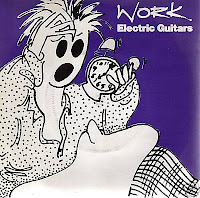 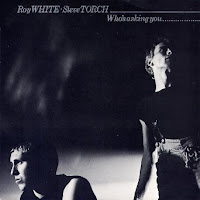 Commentary:
I don't know much about Anna Domino except she was on a cool label (Crepescule) and I love those fish earrings.
The Electric Guitars track is for Simon AKA Torchomatic, otherwise known as "god" to indie mp3 hunters of a certain age. Simon has a new and exciting blog called Coincidence Vs Fate. The Electric Guitars are now on iTunes thanks to Bristol Archive Records who have been re-releasing a lot of interesting 80's music lately.
I'm also featuring a Way of the West track to highlight the fact that their back catalogue is also available on iTunes, more information can be obtained here.
The Honest Johns track was emailed to me by Phil and as well as being a golden oldie, the band have also been releasing some new stuff which you can check out here. Thanks Phil.
I'm surprised I haven't featured anything by the excellent duo White & Torch before, so I'm fixing that this week.

My new singles arrived safely in the mail so I will be posting those once I have cleaned them up, probably later this week.
at Wednesday, July 15, 2009 7 comments:

What Do You Mean, Flash Gordon Approaching?

Sorry they took a while...